Did you know Formidable Forms can be used to create a patient management system? Learn how surgeon Saqib Noor did more for his patients than they realize! 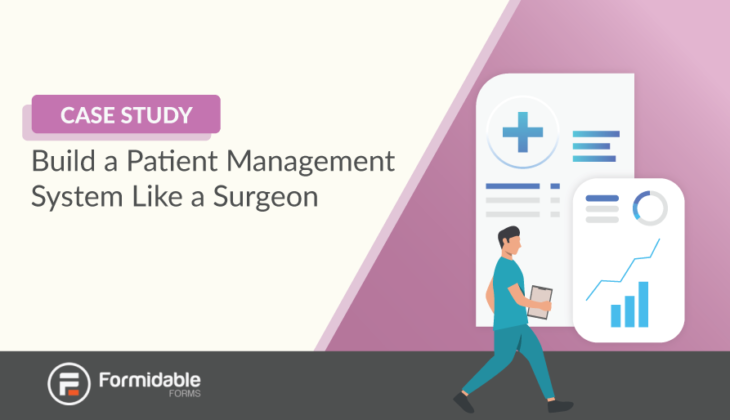 Below is the story of Saqib Noor, a British orthopedic surgeon and the founder of One.Surgery. He’s also a self-taught web designer who has been working on websites since he was 16. When we began our interview, Saqib said that Formidable “turns WordPress into anything”. We soon learned he wasn’t exaggerating.

In this case-study, Saqib recounts how a chance introduction to Formidable led to the creation of critical medical systems for those who needed them the most - a feat he accomplished working day and night as a surgical fellow in a Cambodian hospital.

Since his early days in medical school, Saqib has been moonlighting as a freelance web designer. The story of how he found Formidable is quite unique - especially since he used to be an advocate of Joomla!

“I’ve traveled around the world and been lucky enough to have had surgical residencies in some amazing places,” Saqib recalls. He first landed in Cambodia in 2013 - grateful for the opportunity but shocked by the suffering he soon witnessed.

“When I was training in lower-income countries, the neglect I saw was heartbreaking. Some of these scenes you can never forget.” Whilst there, he started investigating bone cancer in Cambodian patients. The stark reality of underfunded healthcare systems pushed Saqib to innovate.

His research found that in Cambodian patients, the 5-year bone cancer survival rate was only 8%. By contrast, the 5-year survival rate in high-income countries was as high as 77%. This discrepancy wore heavy on Saqib, but he wasn’t stagnant. 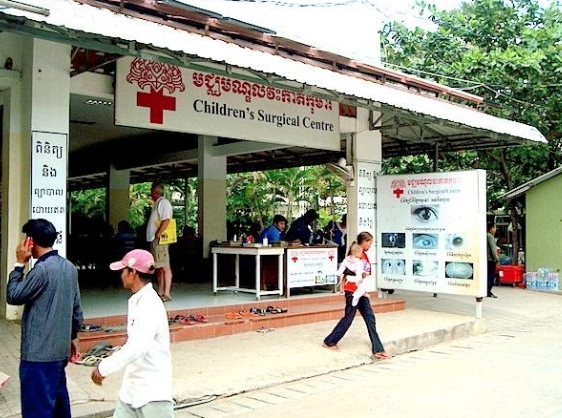 “I started a network where I could connect medical professionals around the world to help provide the complex care each bone cancer patient deserves to hopefully improve their outcomes. Eventually, I found a developer who recommended we used Formidable to build this system.” Although Saqib’s background in web design meant he could take on the project himself, he decided to hire the developer to execute on his vision.

The goal of the site was to create an international community of bone cancer experts. Users in low resource settings would join the site and be able to get advice on specific patients they were working with and the international network could help provide resources, monitor patient outcomes, and expand research through a collaborative approach.

“Some centers have great radiology coverage but lack in other areas, whilst others may have pathology or oncology expertise. The site was meant to bridge that gap and pool multi-disciplinary resources.” The project was eventually finished, but Saqib never found the time to launch it.

“Although I wasn’t able to fully launch the website, the process gave me insight into Formidable Forms as a tool.”  But the reason Saqib failed to launch the site wasn’t that he gave up.

He returned to Cambodia for a second time in 2017 with the intention of finally launching the Bone Cancer Network. Though Saqib soon realized that the hospital had a more pressing need - they were operating without a patient management system. By building a system locally, he would be able to see immediate results and get direct feedback from his peers in Cambodia.

This project started small, but it grew to become a huge piece of the hospital network.

It’s worth pointing out that the system Saqib put together was equivalent to something a hospital would purchase for tens of thousands of dollars per year. In fact, it’s possible that Saqib’s custom system was actually more invaluable than the ones created by teams of developers.

“The trouble with a lot of corporate patient management systems is that they require a consultant to properly configure and they don’t meet specific needs. Many features can be redundant or confusing. In less-developed nations, there are a lot of potential gaps that can emerge despite everyone’s best intentions.”

Saqib’s combined exposure to the world of surgery, medical systems, and web development gave him the unique ability to create a system that would be as simple as it was effective. “My goal was to create an interface that was easy enough that anybody could use, yet more powerful than other commercial patient management systems.”

To achieve that, the system needed to be low bandwidth and accessible on mobile phones & laptops. Most importantly, it needed to make the working lives of all staff members easier (not just the doctors), otherwise, there would be no uptake.

After testing the system for a month, Saqib found that the more he developed, the more the staff embraced it and the more features they would request. “I thought most staff would be reluctant to change their practice and would want to go back to their old systems, but it caught on instantly. I ended up performing surgery all day and developing all night to make the system even better for everyone”.

As the feedback came in, the system evolved. Saqib created a logbook, which is a valuable tool in the medical field all by itself. He found a need to retrieve donor reports, so they built a button into the system that would generate an instant PDF of monthly & annual reports with a single click.

“It sounds simple, but this addition ended up saving hours of administrative paperwork per month,” Saqib says. The system was such a success that it expanded beyond its original focus around patients. “Even the hospital maintenance team wanted an electronic solution, and now the staff can log tickets with photographs whenever they need anything repaired!”

After spending months perfecting the system, Saqib’s fellowship in the hospital was concluding. Would that spell the end of the patient management system he created? “The test of time for me was whether or not the system would stay running after I left. I’m happy to say it has logged over 9000 operations since we launched at the end of 2017.”

Saqib was worried that the system would fall apart if left unmaintained, but it’s still working to this day. “Formidable & WordPress are very stable at their core. I was so happy with the system that I presented it at a medical conference in the UK.” 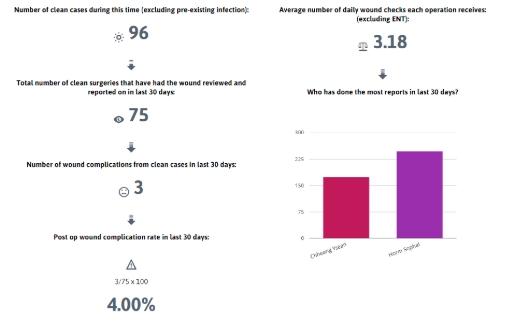 Creating systems for a hospital isn’t the first thing most of our users think of when using Formidable. With doctors as users, medical info as data, and patient profiles as reports though, it’s not that far from a typical user-based system.

Of course, the atypical factor here is Saqib. In fact, this is only one part of Saqib’s Formidable story! Building the patient management system was just a warm-up. At Formidable, we are always pleased to learn what our users create and this case is no exception. This story has inspired us to do more & give back - and we hope it’s had an impact on you as well.

There really are no limits to what Formidable Forms can do for your business. With our simple drag and drop form builder, forms are only the beginning. Take a look at the features that make Formidable the most advanced WordPress form builder on the market.