In the past, we haven't posted much beyond releases and change logs, but we've decided to start writing more and reach beyond our comfort zones. I don't think anyone on our team loves their writing skills, so we'll also have a bit of guest blogging from those who actually write well.

Most people don't know much about our team or who we are. We are all self-taught with help from a mentor. We've learned that anyone who tries web development and enjoys it can learn it well and be successful.

My success has been a result of my passion for development and seeing others succeed. But you know what? I haven't always been a developer. I worked as an RN (Registered Nurse) for 4 years in a hospital, a nursing home, and finally pediatric home health. Nursing is a rewarding career, but is also high-paced and high-stress. Despite the schedule and pace, I enjoyed it and planned to continue with it, but God had other plans.

A couple of weeks into maternity leave with my first baby, I didn't know what to do with myself. I spent a lot of time holding my baby girl. I found I could even use two hands to play World of Warcraft if I put her on top of a Boppy on my lap with a bottle propped in her mouth. That could only entertain me for so long and I wondered what else I could do to pass the time.

Then along came my cousin Blair Williams, author of Pretty Link, Affiliate Royale, and MemberPress. At the time, he had several Ruby on Rails contracts and was desperate enough in his search for subcontractors that he was willing to recruit anyone who had HTML experience or an interest in web development. Honestly, I had neither. But my husband Steve had learned a bit of HTML in high school, and was interested in learning more. So Blair gave us a small training session on how to set up a local computer to work with Ruby on Rails. I tagged along as a potential cure for my boredom, with expectations of it going way over my head.

After attending the first training session, setting up my Windows PC, and a memorizing the HTML tags on w3schools.com, I started on my first Ruby on Rails site for my sister. There was no database connection and other than a dynamic header and footer, the whole site was static HTML, but that project showed me I loved it and I wanted to learn more.

Blair handed me more and more work accompanied by pay raises. From Franklin Covey HTML email templates, to an attorney that needed a full site (that has rightfully been rewritten on WordPress since then), to managing a project with a single developer, I kept learning. I was determined to make the deadline on the project I was managing, and I'm sure the developer was less than thrilled with my aspirations. My deadline was slipping away, so I took matters into my own hands. I dug into the code and went after the least-daunting of the bug list in our Ruby on Rails app. And I fixed it! So I tried another, and another. My exploration came hand-in-hand with increasing confidence from Blair.

Enter personal life. Steve took an "exciting" job in San Diego at this time since it was such a "great opportunity." Right? Not so much. The company didn't have the investment they claimed so we came back to Utah two months later, desperate and frustrated, with $200 to our names and a mortgage that wouldn't back down.

Now that we were both unemployed, we hit Blair up for more work and he passed it right over. Steve took a huge risk and turned down his sole job offer in a down economy, and I still wasn't ready to leave my 7-month-old to go back to work. Turning down stability was a risk that we deemed worth taking. Steve started learning HTML and CSS, and I got my hands into a new, large-scale Ruby on Rails application for a start-up company. 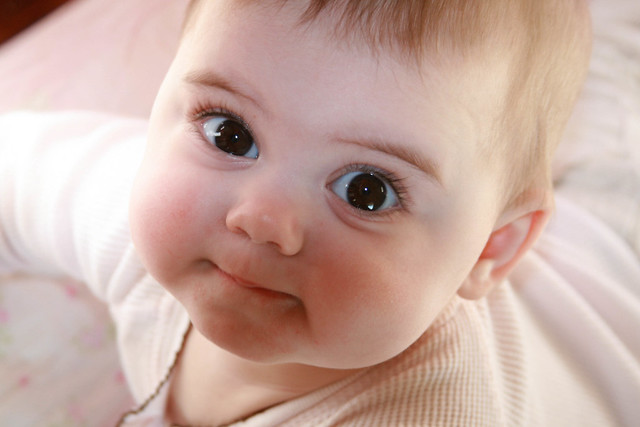 Who could leave this face?

An introduction to WordPress

After some time, we started taking on our own clients. A college buddy of Steve's contacted us looking for cheap development on an existing WPMU site (now WordPress multisite). We bid out the job and agreed to a flat rate. We made it clear this would be a learning job as I started into the unfamiliar territory of WordPress and PHP. I wrote a single, 2000+ line file with no organization, and tried to retreat back to the comfortable organization of Ruby on Rails.

Luckily, a platform as incredible as WordPress won't be ignored. We took on more client sites. Steve created the themes while I wrote the plugins. Formidable started in here somewhere too, but that's another story. WordPress came knocking from every side. Our main bread-and-butter client decided to convert their large-scale Ruby on Rails site to WordPress and later hired us in a joint CTO position.

Aside from my CTO responsibilities, Formidable monopolized all my days and nights off. A year after its launch, we took the plunge: away from a stable paycheck, away from the office politics, away from the stress of a lame CEO, and towards independence. Next week marks the three-year anniversary of being completely free of client projects and micromanaging bosses. For me, that is the dream. I'm not so great at being managed, as my husband would readily confirm.

Getting here has taken a lot of late nights and a periodically neglected family. The cost has been high at times, and the balance between work and being a wife and mother is shaky. Enjoying that work makes that balance even more difficult to pinpoint and maintain, and I have to rebalance over and over and over. I love to curl up on the couch with my laptop and a blanket and write a new plugin. Crazy? Sure. But I also love to curl up on the couch and cuddle my two-year-old and watch his favorite YouTube videos. 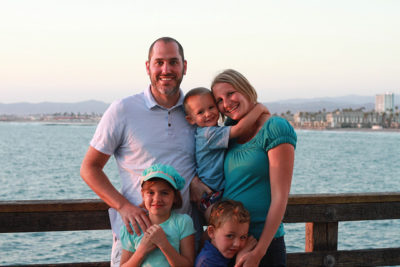 It's never too late to start

Discovering my love for writing code has made all the difference for me in the past seven years. I see so many well-known and super savvy developers in the WordPress community and come to learn most of them started much younger than I did. And you know what? It doesn't matter. It takes time, dedication, and probably some world-tuning-out hyper-focusing no matter when you start. But there's no reason for anyone not to start. Find out if you enjoy it, and then do what you enjoy. Then love your work to keep it from feeling like work.

Get news and updates