Confused by the differences between hosted forms and WordPress form builder plugins? You'll get the best bang for your buck with a plugin. Here's why. 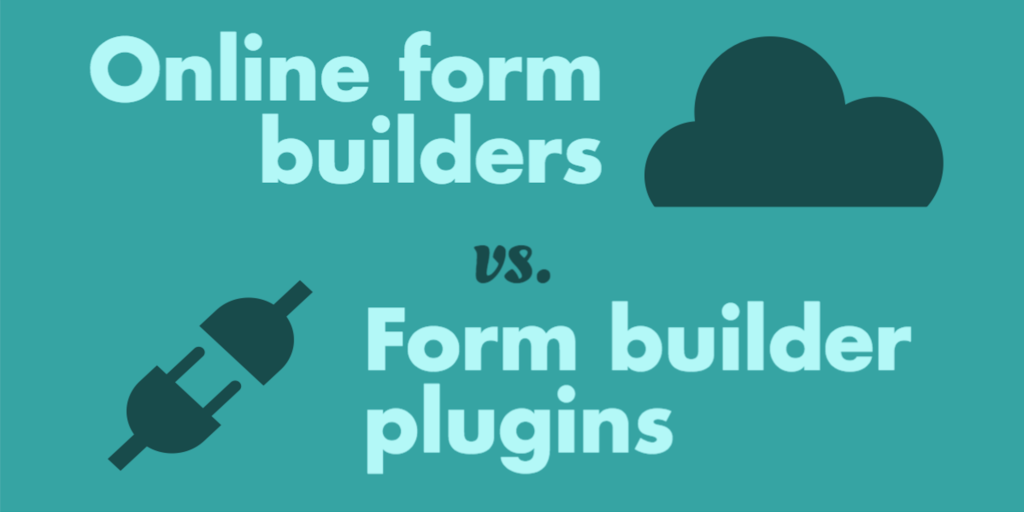 Do the options for online form building have your head spinning? Let's break down the differences between two major options for WordPress users: hosted forms versus a WordPress form builder plugin.

The bottom line: As a WordPress user, you will find more affordability, control, flexibility, and extensibility in a form builder plugin over a cloud-based form builder.

What is a hosted form?

Hosted forms are a cloud-based app that runs on proprietary software. These include Wufoo, JotForm, Typeform, Google forms, Form Stack and more. They have their own login and dashboard separate from the WordPress admin area. The form building process and all form data are only accessible from the provider's website.

There are some limited free versions available, but usually hosted form builders are subscription-based and charge a monthly fee for their use. Hosted forms are not specific to just one content management system. They will work across different types of websites, not just WordPress.

What is a WordPress form builder plugin?

Form builder plugins can be free or paid. The software is open source and must be updated from your WordPress dashboard. With premium form plugins, annual renewal is often required.

Hosted forms are managed from an interface separate from your WordPress dashboard. Some have plugins that integrate with the WordPress admin, but these integration plugins don't contain many features that come standard with form builder plugins.

Hosted forms have tiered subscription structures that place caps on the amount of users, forms, form submissions, and storage space you are allowed. In contrast, most form builder plugins allow unlimited forms and entries. Storage space is only limited by your hosting provider.

Your forms gather large amounts of valuable data. Do you want to be held hostage to a monthly subscription because it holds your data? If you choose to subscribe to a hosted form builder, make sure you know how your data is protected and exported.

Several form builder plugins also have templates, such as Formidable Forms and WP forms. You also have complete customizability of those templates.

Some hosted form builders make you pay for additional features, such as the removal of their logo or the ability to use your own logo. With a plugin, you won't be faced with these restrictions.

While hosted form builders are based on a monthly subscription model, premium form builder plugins are generally purchased once with an annual renewal for access to updates and support. For example, to create forms that collect more than 100 payments a month, you'll pay $99/month for JotForm or $399/year for Formidable Forms. Over the space of two years, you'll pay $2,376 for JotForm and $798 for Formidable.

Integration with your WordPress site

Hosted forms on a separate system are difficult to integrate with other WordPress functions like user registration, eCommerce, and data management.

WordPress form plugins allow for easy integration with other functions of your site. For example:

If you are a WordPress user looking to build forms, you will get the best bang for your buck with a WordPress form builder plugin. Doing so allows you to own the data and access it when and how you would like.

What types of form builders have you tried? Share your story below!